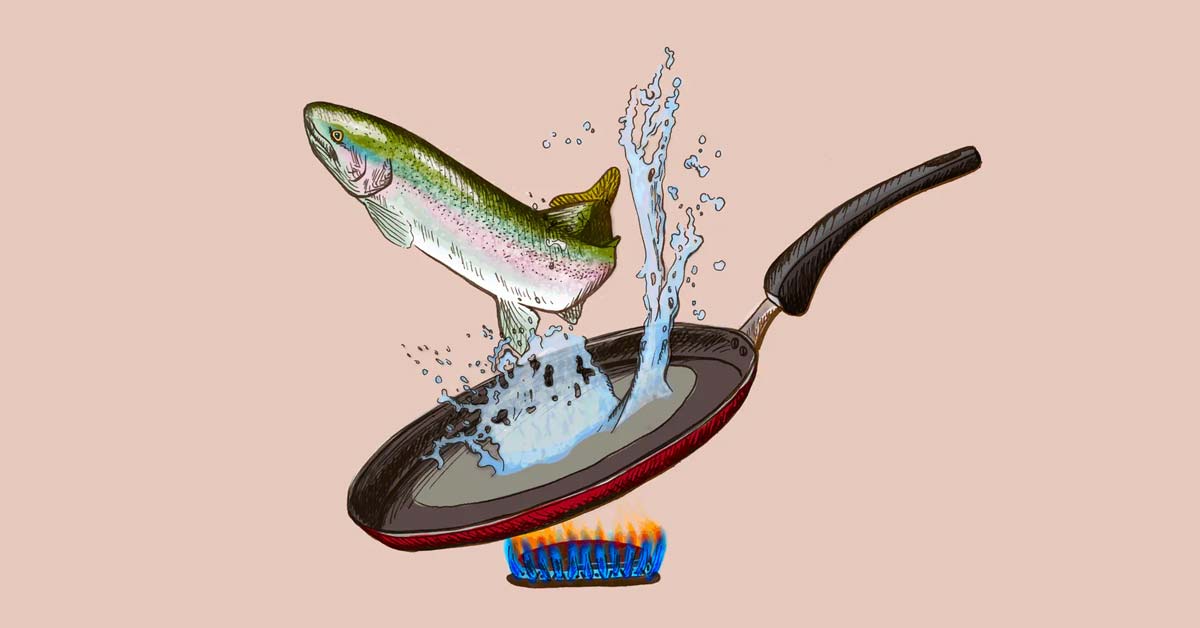 Neural pathways for pain in humans are not relevant or equivalent to that of fish, so many scientists believed in Neo-Cartesianism, meaning that animal suffering is only apparent and they aren’t experiencing pain the same way that humans do, therefore our treatment of them is not much significant from a moral standpoint. This debate has been around for a very long time, but recently some neuroscientists have identified that in some humans, where pain processing areas of the brain are injured, they can still be aware of pain. It is because human brains adapt to identify pain without the neural pain pathways or pain-chain. Based on this finding Kenneth Williford of the Department of Philosophy& Humanities at the University of Texas believed that fish also might not need all the links for awareness of pain sensation. His study could have a major effect on fishing practices and the diet choices of people.

His study doesn’t prove that fish feels pain, but it maintains the dispute relying on lack of particular brain structure to reject pain in fish looks increasingly indefensible. To make his argument understandable, Williford put it another way: declaring that fish can’t feel pain because it doesn’t have certain brain regions (like a human), is like assuming that fish can’t swim as it doesn’t have arms or legs like humans.

To prove their point, his team studied different cases of patients having a brain injury. One patient with a damaged key pain-processing area of the brain was more sensitive to pain than an average human, proving ‘neural resilience’. Neural resilience refers to the ability of the human brain to rewire itself to guarantee primary functions stay active. Also, in humans, no single cortical region is solely responsible for pain. Although we can’t say the same for fish, they don’t have many ways to show or express pain, but they do have ample pain receptors and necessary systems in place.

To negate Neo-Cartesianism, an important question is; how much self-awareness do animals have, keeping in view their simpler brain structure. Both philosophy and science don’t have enough scientific evidence to make tangible claims. An important recent study in this aspect came to light recently where scientists found the first strong evidence of invertebrates feeling pain, similar to that of mammals. They suggested that general analogy arguments support the idea of animals consciously suffering negative pains, which can provide a stinting clarification of different animal behaviors.

This study doesn’t offer ample strong evidence, but it provides a strong empirical case against Neo-Cartesianism, to at least, shift the burden of proof to them.