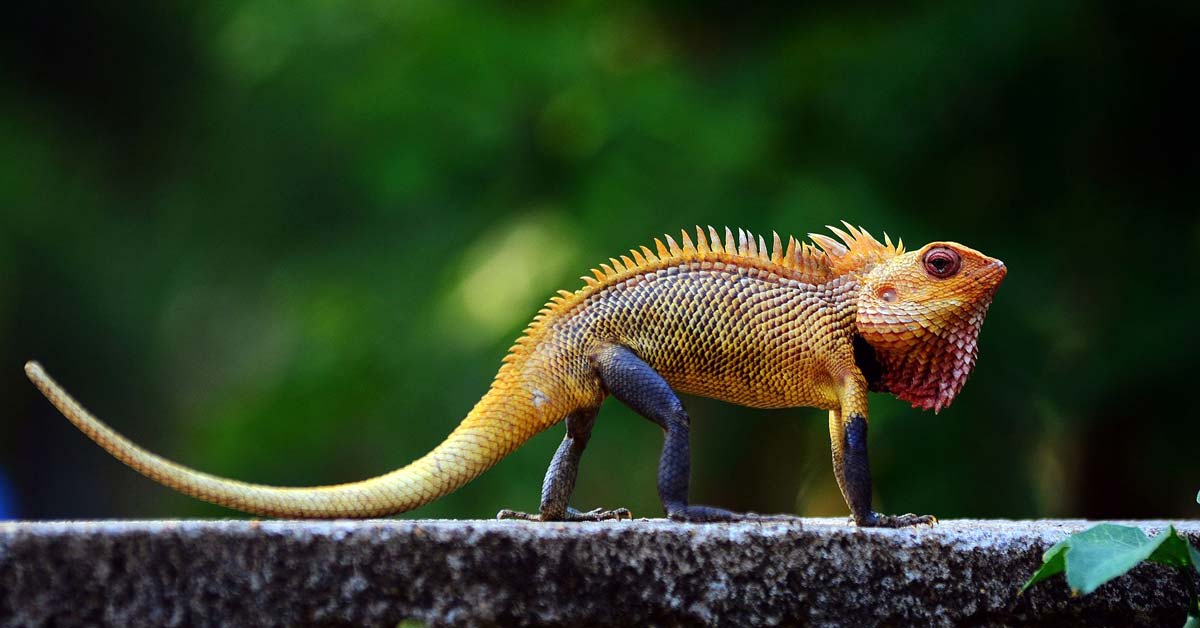 Evaluation of microhabitat use and activity patterns of Calotes rouxii

Utilization of microhabitat as well as activity pattern is considered as significant components of animal ecology. In case of lizards in general, activity patterns get affected by sex, reproductive behavior and age class; daily and seasonal variations in temperature as well as other climatic conditions and the existence of intra-specific competition1.

Lizards canattain the resource portioning through spatial and temporal separation in their activity patterns which depends upon the habitat, prey availability as well as thermal ecology2,3. In the same way, intra specific separation in spatial dimension is also reported in many creatures including several species of arboreal lizard.

The Forest Calotes, “Calotes rouxii” is extensively distributed in the forests of the Peninsula particularly in the Western Ghats4. Its body size is small which is usually smaller than Calotes versicolor. It is known to play a crucial vital role in controlling few insect pests like cricket, moths, grasshoppers as well as other insects.

Accordingly, investigations regarding habitat utilization and selection are vital to understand the biological needs of animals. Moreover,authentic and detailed information regarding patterns of habitat use is also necessary for management as well as conservation purposes5.

During this study, scientists examined that Calotes rouxiiexhibits a unimodal activity pattern, peak activity period at late morning and afternoon. This activity pattern involves basking and resting at early morning period. Moreover, after achieving optimum body temperature, activities including social displays, moving as well as foraging are performed. However, all these activities decrease in late afternoon and they retreat to their refuge sites.

In addition, males were found to occupy higher perches as compared to females according to sex specific microhabitat segregation. The males encounter were noted to be positively connected with temperature and negatively correlated with humidity. While in case of female,their encounter was not found to be linked with humidity as well as temperature.