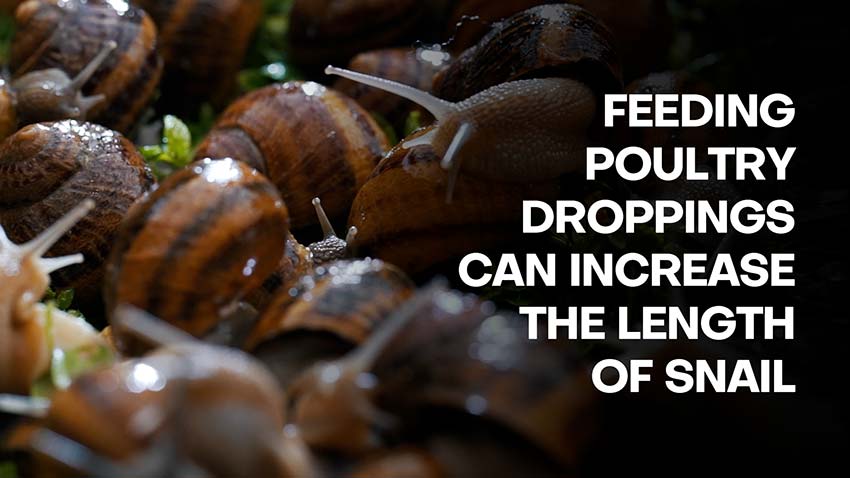 The giant snail, is an important source of protein in the diet of many communities in the world, particularly in different regions of Africa. In many places of high occurrence, like tropical and sub-tropical areas like West and EastAfrica, natives gather snails, eat them and sell the surplus as a source of income.

But as their natural habitat is affected due to human activities like bush burning, farming, and building of roads, they are no longer easily available in the wild and are produced via snail farming.

the African land giant snails are fleshy, highly prolific, with high adaptability and survival making them an appropriate choice for rearing in different parts of the world. But the high cost of feed ingredients during the dry seasons makes farming expensive all year round.

Until recently, a group of researchers from Nigeria studied the effects of poultry droppings as a replacement of palm kernel cake on the growth response of giant snails. They found that snails fed with 50% to 75% poultry droppings mixed with their diet showed an increase in length and feed consumption rate.

The results also showed that poultry droppings have a nutritive value which makes them useful as a feed ingredient for snails. It will also help in reducing the overall cost of production.

The results has been published in a recent issue of the Pakistan Journal of Nutrition.