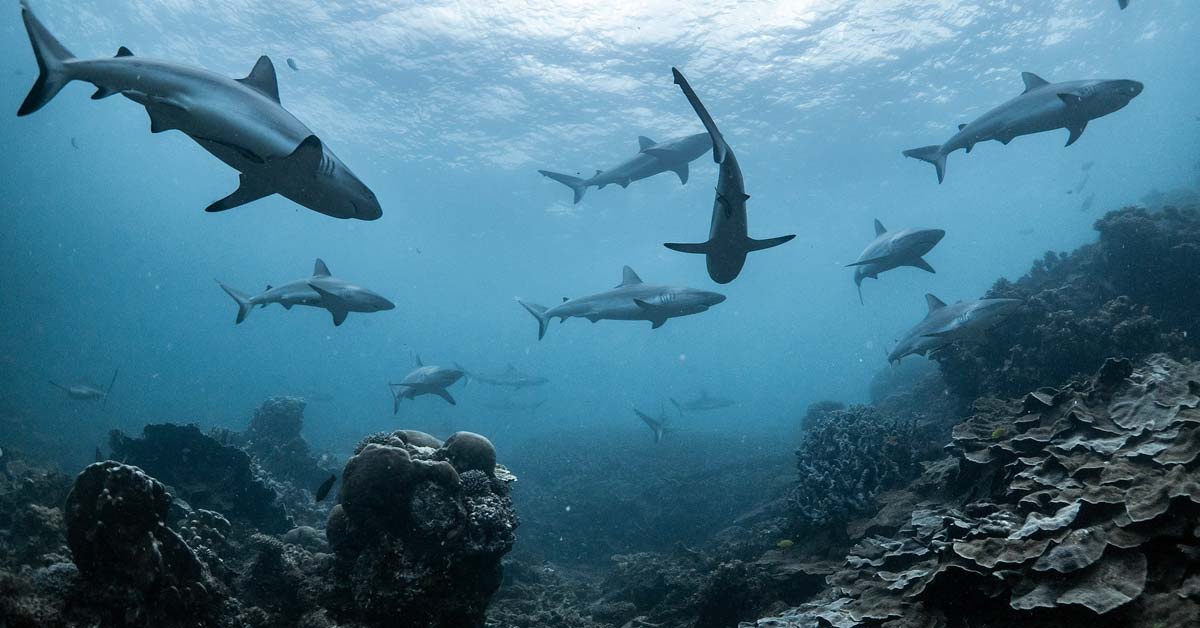 Sharks use the geomagnetic field to travel long distances

Sharks – the iconic migrants can travel very long distances and reach a particular location within a year or so, and so does sea turtles.Sharks can swim approximately 20,000 km round trip in the ocean and can get back to the same site where they started. Scientists have known for a long time that sea turtles rely on the magnetic signature of the earth’s electric field to navigate long distances, but the mechanism in shark was unknown until researchers have reported in the Journal Current Biology the Map-like use of Earth’s magnetic field in sharks.  That describes the detailed navigational mechanism in the shark to facilitate long-distance migrations, and how they use Earth’s magnetic field for their homeward orientation.

In the past, several reports have confirmed the sensitivity of sharks to electromagnetic fields, but their potential for using it for navigation wasn’t resolved. The scientists used a modified circular pool and few as 20 young sharks to confirm how they navigate. The sharks used for the study were bonnet heads, who are known for having a preferred habitat and their ability to successfully navigating across it. They manipulated the local magnetic fields with the help of Merrit coils, having 2 orthogonal series of horizontal and vertical wooden frames wrapped in copper coils, and as the current running through them, they will produce the magnetic field all around. An experimental tank was positioned in the center of the wooden frame and a camera to record the movements of the shark was placed above the pool. Navigational software was used to track the location and location patterns.

For the experiment, the sharks were exposed to the magnetic field that matched the configurations of long distances from north and south to home. Those sharks which were present in the south settings traveled to the north. But when the sharks faced the magnetic field that was similar in configuration to its home’s it showed no preferred pattern of movement, and it looked like they were at home, which proved the hypothesis.

The researchers raised an important question that if the navigation of bonnet head sharks is by the geomagnetic field the other sharks are more likely to have the same mechanism for navigation across the sea. The sharks have elasmobranches that are sensitive to electromagnetic fields, it is believed that they use this electro-sensory organ to some extent to gather information regarding geomagnetic fields (GMF) like a compass and map. Elasmobranches are capable of differentiating between several components of GMF. And this experiment proved that the sharks use magnetic cures from GMF to derive spatial information for orienting themselves. They also concluded that if sharks use the magnetic map to observe where they are, then any errors in the navigation like those due to storms and other disturbances can cause the shark to proceed from a particular area having more magnetic similarity to their home sites.